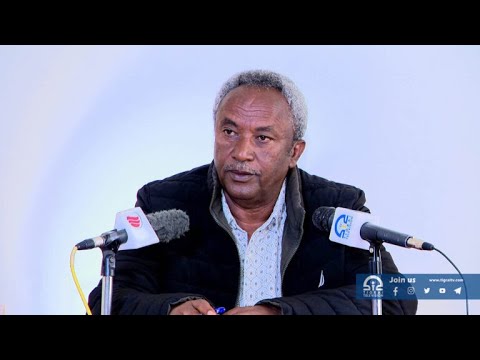 Commander of Tigray Defence Forces , General Tadesse Worede said the goal of the counter-offensive of his forces is to force Ethiopia to go back to peace talks. He said this in a detailed account of what led into the resumption of war and the current state of affairs in Tigrigna and Amharic language to state Tigray TV.

He also gave details of new fronts being opened from other directions including Tselemti, Mezega. He said Dedebit, and Sekota. The latter, he said, started at the time of interview.

The first attack, on August 24, 2022, he said, was on the right flank of Kobo Front at the hills of Janora which he said was under Tigray forces months ago but was evacuated through third party talks with the understanding that it will only be occupied by informal light weight militias. Despite this understanding, the General said, Ethiopia moved 2 to 3 divisions of its arm to the location with fortified trenches and started developing an offensive plan supported by a sandbox training. The General claimed his forces received the details of the plan and knew what was coming.

On August 24 at 5am local time the offensive started from that location, the General said. It was followed immediately by other locations from Amhara and Afar. For the first two days, his forces spent on defensive their positions. The counter-offensive he said started on the third day after moving his counter-offensive forces from other locations. “In case they had a wrong assessment about us, we want them to rethink and give peace a chance”, the General said.

Without mentioning names, he claimed commanders including generals of Ethiopian Army are killed over the past days. He also mentioned around 5,000 POWs are captured. He said his forces were able to double their armaments because of what was captured during the counter-offensive.

The events and numbers claimed are hard to verify independently.

According to General Tadesse Werede, both the offensive from Ethiopia and the counter-offensive of his forces covered over 100 km wide area along the Tigray-Amhara and Tigray-Afar border.

“We are doing everything in our capacity to make sure that the Amhara people are not displaced from their residences. We need to work with the people of Amhara and Afar to avoid the continuation of the two regions as battle fields”

“For the sake of peace, we will continue our collaboration with the Oromo Liberation Army. ”

“All the people of Ethiopia should fight to pressure the enemy to leave the option of using force and choose peace.”

The Chief-of-Staff of Ethiopian Defence Forces, Field Marshal Birhanu Jula, on the other hand, claimed, his forces killed many Tigray army soldiers in his phone interview on August 24, 2022 with a diaspora based media, EMS.

In the same interview, the Chief-of-Staff said, “The suffering endured by the Tigray people after we left Tigray is unprecedented. Whenever such scale of suffering happened in other parts of the world, people move out from their area in millions. I don’t know why the people of Tigray are not moving to peaceful areas (in other parts of Ethiopia)”.

Special Online Briefing of U.S. Special Envoy for the Horn of Africa – transcript

Report of the International Commission of Human Rights Experts on Ethiopia*, **