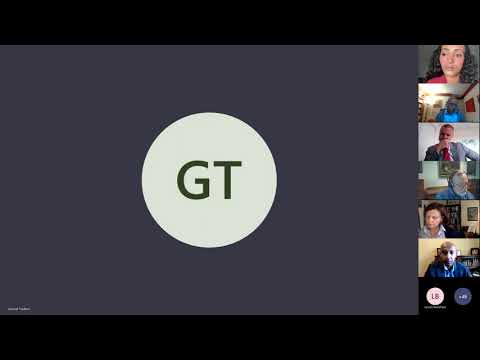 source: Twitter threads by Joshua (some minor edits for readability by UMD Media )

Pleased to have hosted on Friday Sept 30, 2022 Gen. Tsadkan Gebretensae, member of the Government of Tigray Central Command and, for decades, one of Ethiopia’s most influential military strategists. He is currently an architect of the Tigrayan Defence Forces’ campaigns. This first thread is on my understanding of the General’s description of the fighting. Second thread will be on Government of Tigray ’s negotiating position and its view of the war, as described by the General. Please correct me if I misunderstood the General on any point. Recording posted at the end.

Part 1: My understanding of the General’s description of the fighting

Ethiopian forces included eight commands, plus commandos, republican guards, and around 19 divisions of Amhara special forces (1 command=3 corps; 1 corps=3 divisions. 1 command has around 12 divisions). All those forces fighting Government of Tigray.  Five commands are in western Tigray, three attacking from Eritrea: Northwestern Command, Eastern Command, and Southern Command, plus three commando divisions. Two commands are attacking from the direction of Gondar to Addi Arkay and from direction of Welkait towards Sheraro. Two or two and half commands and special forces are attacking from direction of Weldiya. All Eritrean forces including reserves mobilized, around 54 divisions, six of which are mechanized. About half those forces (around 24 divisions) are attacking from western Tigray in coordination with Ethiopian forces. Around five to six divisions attacked from eastern front towards Mekelle, but “temporarily neutralized.” Unclear whether Eritrean forces will continue to mobilize and attack from that direction. Rest of Eritrean forces are in highlands around Mendefera, Adi Kuala, etc. Main mechanized forces come from Eritrea, have “huge arsenal of ammunition” that is “replenished continuously from Addis.” Logistical support is from Eritrea, believes aerial support, including drones, coming from Asmara.

Command at strategic and operational level rests mainly with Eritrean generals. “The main architect and implementer of this war is Eritrea…with the permission, close coordination, and invitation of the Ethiopian PM.”

Roughly one million people mobilized from both sides, about a quarter (around 250,000) mobilized under the Tigray Defence Forces, the rest (about 750,000) are from the federal government of Ethiopia and its allies. General says this is a regional war.

Eritrea’s Isaias Afwerki wants to be boss of the region, and would target Sudan next if he wins in Tigray. Also, nearly half of Eritrean Defence Forces is on Ethiopian soil, doubtful Isaias will withdraw. The Ethiopian population won’t accept Isaias’ domination of their country, so more conflict.

Can’t predict actions of Russians and Middle Eastern countries if Eritrea wins. They have a relationship with Isaias Afwerki and will try to use him to further their own interests. If Tigray Defence Forces prevails, would be a chance to restructure the whole regional politics in a way that benefits all Ethiopians and Eritreans. Believes Tigrayans will win after a long time & many deaths. Notes irony that he fought alongside Isaias’ forces against the Dergue & commanded Ethiopian National Defence Forces including during the border war with Eritrea, & is now fighting against those same forces. Says with no outlet, Tigray Defence Forces gets bullets from its enemies. Tigrayans give food & provision, however meager. Reiterates Tigrayan explanation for its attack on Northern Command: doesn’t matter whether Tigray fired first bullet, preparations for Tigray invasion had already been finalized.

Part 2: My understanding of General Tsadkan’s description of the Government of Tigray ‘s position on negotiations

General Tsadkan described what Government of Tigray wants in a peace process, and emphasized numerous times that Tigrayans believe this is a war of survival, so, absent a “robust, credible, impartial” peace process, they have no choice but to fight. He repeated the “robust, credible, and impartial” formulation many times throughout the discussion. He laid out the Government of Tigray’s proposal as I understood it: must first be a cessation of hostilities. Then there should be a “credible and impartial” peace process. Tigray’s “non-negotiable” preconditions for entering a peace process are: unfettered humanitarian access; resumption of services; departure of foreign forces during cessation of hostilities; and adherence to constitutional boundary arrangements. The status of contested areas such as Welkait can be discussed at the appropriate time, but decisions must be made through a democratic process and not by the force of arms. Later elaborated in responding to a question, said Government of Tigray  doesn’t accept status quo on Welkait, but rather status quo ante of November 2020. Those displaced from the area must be allowed back. Any dispute about to whom the area belongs must be dealt with using constitutional means.

Government of Tigray has not abandoned its preconditions on Welkait, et al. Once these are agreed, there must be a declaration of principles that directs the peace process. A credible and impartial peace process needs mutually-agreed mediators and international guarantors. An agreement needs monitoring & verification of commitments with int’l monitors. GoT is ready to commit to such an arrangement, and wants the international community to champion it. To sum up: “Once we stop shooting at each other [after a cessation of hostilities]…and do certain things that will create a conducive environment for peace, then we will go into a peace process that will culminate in a comprehensive ceasefire agreement [which] will lead us into an all-inclusive political dialogue where all political parties in Ethiopia participate including us, and then try to resolve the political predicament of this country.”

“Given our circumstances, if we are forced between subjugation, control, we will fight. But we would like to have a fair and credible impartial peace process internationally designed and accepted…and we will accept whatever comes out of that process.”

General Tsadkan says Government of Tigray  and Addis reached agreements at each of the three meetings. Government of Tigray  abided by them but was betrayed each time. Last meeting was in Djibouti and ended with clear cessation of hostilities. Addis’s September 11 proposals “did not come out of the blue,” but was informed by the previous discussions with the Tigrayans. The General had a negative view of the African Union process.

Some final disconnected takeaways: the Tigray Defence Forces and Oromo Liberation Army relationship started a year and half ago, based on a multinational federal constitutional arrangement. The relationship doesn’t exclude anyone but includes anyone with the same vision of building Ethiopia state that will evolve into strong state. Two state-building visions for Ethiopia: Multinational federal democratic system established by EPRDF “with all its problems and excesses,” or a centralized state where people aren’t allowed to administer their own affairs. Fight between the two ideologies can only be solved by elections.

Regarding atrocities, credible international organizations should verify the crimes and identify guilty parties “If we are found to be guilty, we will live up to it…we have proper rules of engagement…have penalized our soldiers who have committed crimes.”

General Tsadkan reiterated numerous times that Tigrayans are in a fight for their existence/survival:

If you take him at his word, and I do, the Tigrayan leadership sincerely believes that defeats means Tigray and many Tigrayans will cease to exist. When those are the stakes, they will probably bear almost any cost.

The General twice said he believes that the international community has allowed Isaias Afwerki and Abiy Ahmed to do whatever they want militarily in Tigray. He thanked the US government several times for trying to arrange a peace process and for providing humanitarian aid that reached Tigrayans “at a critical moment.”

Here’s the recording of the discussion again. Absolutely worth a watch as it’s a fascinating perspective from a man who has been involved in the negotiations with the Ethiopian government and who, of course, is central to Tigray’s military campaign.
https://youtu.be/PV-odJLPT1Y